The classes are built on are premises that being born on the gravitational field of our planet will inevitably generate fear-reactivity and an accumulation of unnecessary tensions of all sorts stored in the bodies. Along the growing up process, external pressures and challenges from society, educational system, family and so on, will inevitably be added into the construction of personal narratives, potentially further compromising a sense of connectedness. Play-Flight Practice brings awareness into the unconscious resistances towards gravity and the implications of the universal fear of falling on every facet of human expression. Tensions and adversities are necessary frictions to spark evolution but when stagnated and repressed in the body-mind system, it becomes a traumatic event, the source for a myriad of dysfunctionalities. The physical exercises, orientated in playfulness, focus on recognizing, acknowledging and recycling those harmful lifelong accumulation of tensions and stored blockages into a self-empowerment cultivation. Ultimately, the practice stimulates self-honesty and the embodiment of non-resistance, rescuing flow and a sense of unbroken wholeness as our original state of being.
PLAY-FIGHT PRACTICE
ORIGINS

The roots of Play-Fight Practice goes back in 1995 when Bruno Caverna was heading a Capoeira project for patients of a public psychiatric hospital in Rio de Janeiro in collaboration with Luiz Cantador. From the very beginning, the classes were characterized by a deconstructive approach, questioning the dysfunctional aspects of the more conventional Capoeira methodologies at that time. Along its evolutionary teaching process, Bruno would organically integrate principles and knowledge from his experiences in various disciplines such as Physiotherapy, Psychology, Contact-Improvisation, Pushing-Hands, Contemporary Dance, Somatics, Russian Systema, Watsu, Biotensegrity and more recently Freediving.
The label Play-Fight coalesced and took shape only in 2012, though, when Bruno traced back his teaching trajectory and realized that the practice could no longer fit into any known category. The chosen name was a way to acknowledge its Capoeira foundation, while at the same time honoring the extrapolative territory that would most coherently represent the essence of an ever-evolving holistic practice.
PHILOSOPHY

Play-Fight practice is a deep excavation into the nature of our human existential condition, interweaving the inherent life polarities like a symphonic interplay between confrontation and cooperation, form and formlessness, presence and absence. On a biological perspective, life can be regarded as an unavoidable relational play-fight dynamics that takes place uninterruptedly within ourselves from moment to moment as well as at each interaction in our surroundings. The cooperative aspect of the practice ensures that individual's integrity is imperative. On the confrontational side, the practice has the potential to reflect each other's blind spots and to expose concealed unconscious resistances and self-deceptive mechanisms, like a ruthless mirror that can potentially reveal the delusory myth of our acquired identities.
BRUNO CAVERNA
Bruno Caverna is a pioneer in creating authentic multidisciplinary body-mind practices sustained by an embodied movement philosophy drawn from over 35 years of studying and immersing in various of disciplines such as Gymnastics, Capoeira, Acrobatics, Contemporary Dance, Contact-improvisation, Taiji, Russian Systema, Watsu, Surfing and Freediving. Bruno began teaching in 1995 as a capoeira project leader at a psychiatric hospital. The highly demanding context supported his auto-didactic nature to flourish whilst the process configured deconstructive in its essence, the pedagogical ground for all the other future teaching projects that eventually expanded over 30 countries worldwide in the past 20 years. Bruno's inborn maverick essence led him to always challenge the seemingly dysfunctional societal mindsets that would be in dissonance with a healthy functionality of the being. For a period of time, Bruno felt compelled to strongly question the validity of any social model whenever it would reveal itself as disguised controlling power structures, particularly in those with apparent manipulative and undermining relationships between teacher and students. The inner struggle and the refusal to easily acquiesce to the norms set Bruno off into a lonely explorative path for several years till he realized the uselessness of fighting against the rules of the human game. Bruno eventually transformed his lifelong embodied experiences with inner resistances and struggle as the core subject of interest on his practices and embodied philosophy. In 2012, Play-Fight and Liquid Body coalesced as authentic practices out of a need to label his lifelong research in the body-mind field. In 2016 he founded Formless Arts, an international cross-disciplinary hub that represents a moment of maturity coinciding with the foment of a community of self-responsible individuals. Bruno's teaching philosophy consists in becoming a revealing mirror to one another by sensibly exposing the boundaries of our crystallized social masks and the acquired self-deceptive mechanisms. In the end, Bruno is convinced that is mainly through the hurtful exercise of constantly looking after our own shadows and confronting the human flaws that we may find a sense of wholeness from within, while at the same time acknowledging and honouring a diversity of artful expressions with substantial tolerance towards conflicting perspectives. 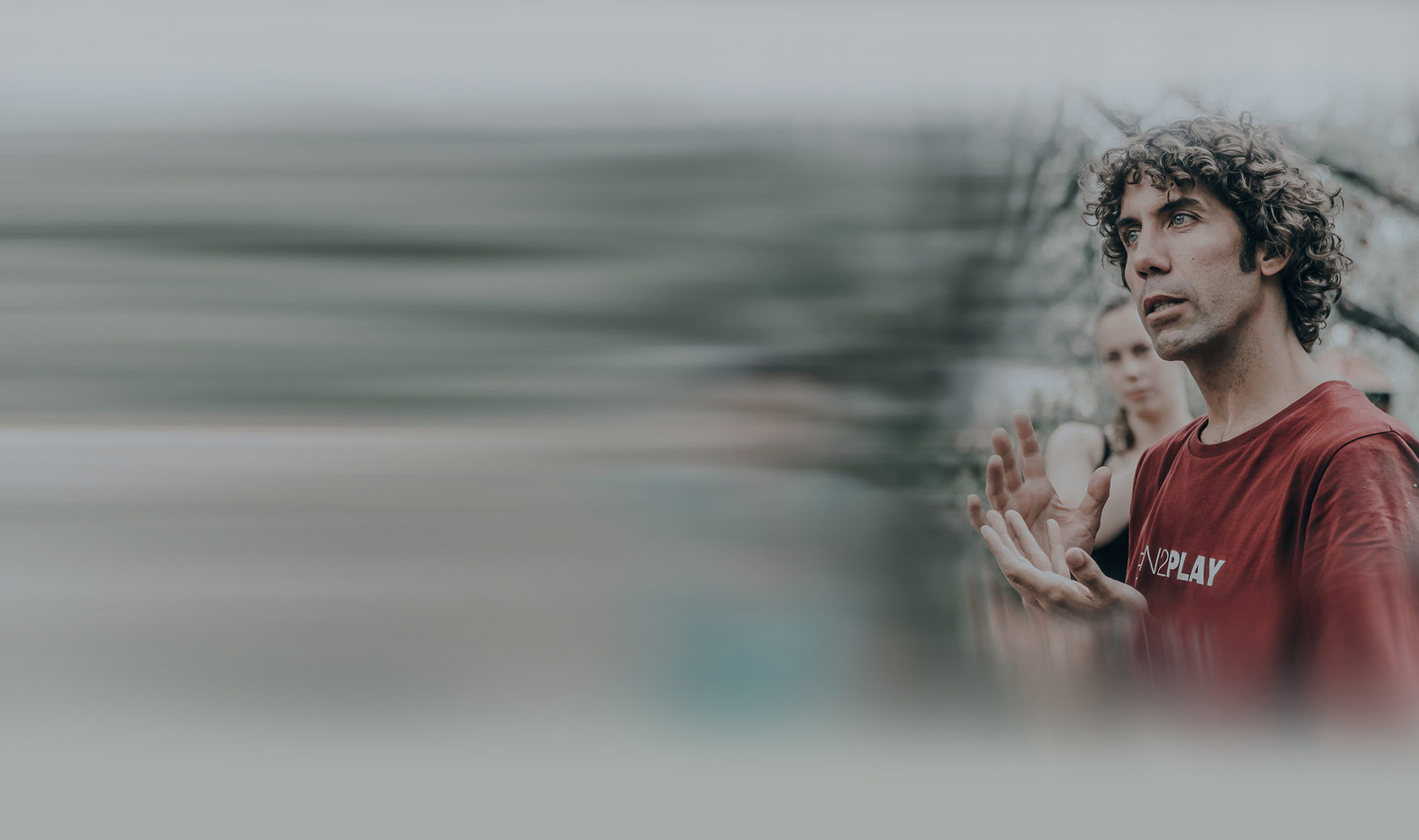 She graduated from "Herzen Russian State Pedagogical University", the Institute of Music, Theater and Choreography, where she worked in depth to develop her abilities as a choreographer and performer.

Since 2016 Marina has immersed herself in the Play-Fight and Liquid Body practices. She began to actively study outside of Russia, which dramatically influenced her perception of the body and sense of herself in the world. The core of her teaching and research has become more focused on the principles of relaxation, falling and the force of gravity. Sensitivity to resistance and tension in the body became more present in the approach to practice and significantly altered the state and effect of the body-mind relationship.

Gradually, after several years of assisting Bruno Caverna (founder of the FA philosophy) at various festivals and camps around the world, she acquired the role of a senior member of the Formless Arts team, where she develops and supervises photo and video projects, as well as graphic design and website creation.

Marina currently lives in Brazil and she is developing her own online and offline improvisation development program called "Dissolution".


Ester Braga
Practitioner / Admin & Coordinator
Her background of experiences and interests mainly interconnects intensive training in contemporary dance and floor-work during the studies at Trinity Laban (London), contact improvisation, instant composition, community dance, with her later formation into yoga, postural and somatic practices. She met Bruno Caverna in 2014, first through Liquid Body and Becoming Animal, eventually through the later development of what is now named Play-Fight practice by Formless Arts; a mind-blowing encounter which since then has been at the foundation of her journey, in life and profession.

Ester currently collaborates at the core of Formless Arts Organization and work as Play-Fight Facilitator in Europe, while teaching regular movement classes in Bologna (Italy) where she is based. At the moment she is also deepening her research in the line between Play-Fight & Contact Improvisation and integrating her important experience in the Yoga panorama within Formless Arts activities, connecting the approach from the very essence of Formless Arts philosophy.
Francesca Romano
Team Member / Clothing publisher
She started her studies in dance and movement when she was a child - with Artistic Gymnastics and modern dance.
In 2005 she graduated at the School of Drama Paolo Grassi (Milan) where she studied Dance Theater, contemporary dance, choreography. Over the years she continued her researches on dance and movement through different approaches, like Contact Improvisation, Release, Improvisation, some Capoeira and Martial Arts (Khala Yoga with Diego Prodi and Play Fight with Bruno Caverna).
Some of the artists she worked and studied with: Lenka Vagnerova, Virgilio Sieni, Laborgras, Roberto Castello, Nina Dipla, Urs Stauffer, Itay Yatuv, Linda Bufali, Giovanni Di Cicco, Sharon Fridman, Rootlessroot, Tom Weksler, Tomislav English, George Itapua.
She works as free-lancer as performer, mover/dancer and choreographer. She is now collaborating with FormlessArts in the team organization.
Miriam Costa
Team Member / Play-Fight Practitioner
Miriam's studies include a long training in contemporary dance, release and floorwork techniques, traditional dances, physical-dance theater and postural-muscular balance practices. Since several years she teaches and works as freelancer for companies as well as in performing arts and video projects. Since 2014 she began to deepen her studies with Bruno Caverna, meeting the Liquid Body and the Play-Fight practices, which represented a huge step into the understanding of the body-mind functioning and an important channel for working on the self in different levels of the being. Currently she is a Team Member at Formless Art; together with Ester Braga, carries on a Play-Fight practice in Bologna since 2016. Her aim is to continue to follow the Formless Art study program, to cooperate in improving its work and to share it in various contexts, from the stage to the pedagogy. In 2018, she started coordinating the Play-Fight Kids project in Bologna, introducing the practice to kids of Primary and Secondary schools.
Chiara Zompa
Team Member / Play-Fight Practitioner
She discovered contemporary dance in 2007, after many years of practicing artistic roller skating. At first she felt in love with floor work and release techniques, which are still strong pilars in her approach to movement and dance. Following her desire to explore the potential of physical expression and communication, she has been feeding her research and training mainly with the practice of capoeira angola, acrobatics, contact improvisation and physical theatre, enjoying so much folk dances and singing . In 2016 Her artistical journey brought her to Portugal, where she took part in FAICC, advanced formation in choreography and creation and she worked in several projects as performer and choreographer. Since 2014 she finds in Formless Arts' practices a huge basin where to discover and learn about how to meet through dance in a playful, careful and confrontational way, as a gateway to the neverending path of self-knowledge. With Ester and Miriam, she is responsable for the organization of the Play-Fight Camp in Tuscany.
Lena Maya Turek
Play-Fight Practitioner
Lena started her research into dance and movement at a young age, exploring various styles, such as Hip Hop or Salsa. In recent years, her main focus has been contemporary dance, contact improvisation, floorwork and somatic practices, such as Qi Gong, Feldenkrais or craniosacral therapy. She studied dance pedagogy in Vienna and Community Dance in London, relating to movement and dance as a tool for every-body. Her first encounter with Bruno Caverna happened in 2016 through the Becoming Animal practice and later the Play Fight practice. Since then she has been following and studying Play Fight, using it as a way of relating to life, both on and off the dance space. This has been a vital support in understanding patterns, resistances and openings inside the body and the mind. Since 2019 she is facilitating the Play Fight Study Group in Vienna, always continuing to learn more and more about internal and external movements, both in herself and in others.
We use cookies to provide the best site experience.
Ok, don't show again 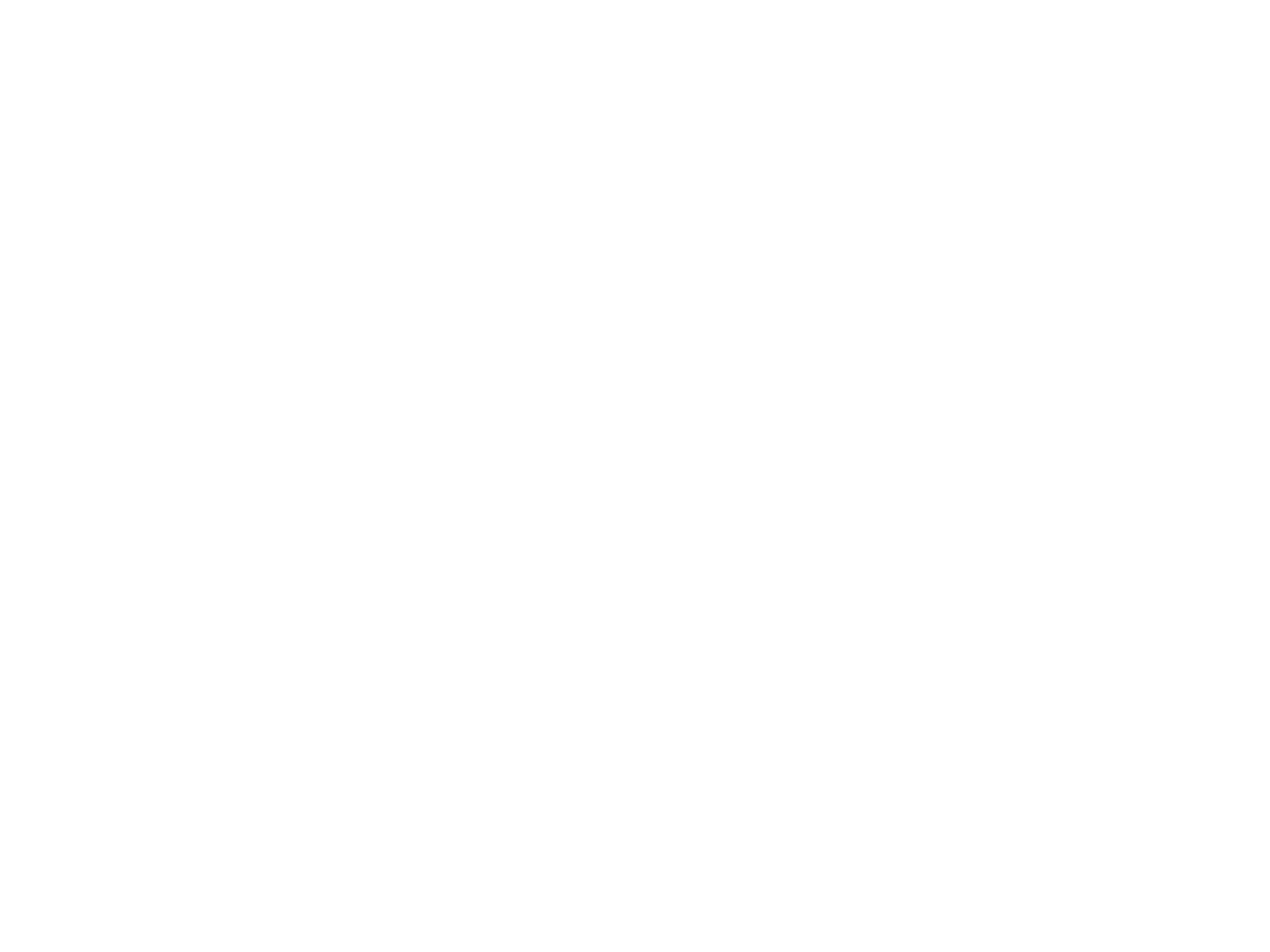 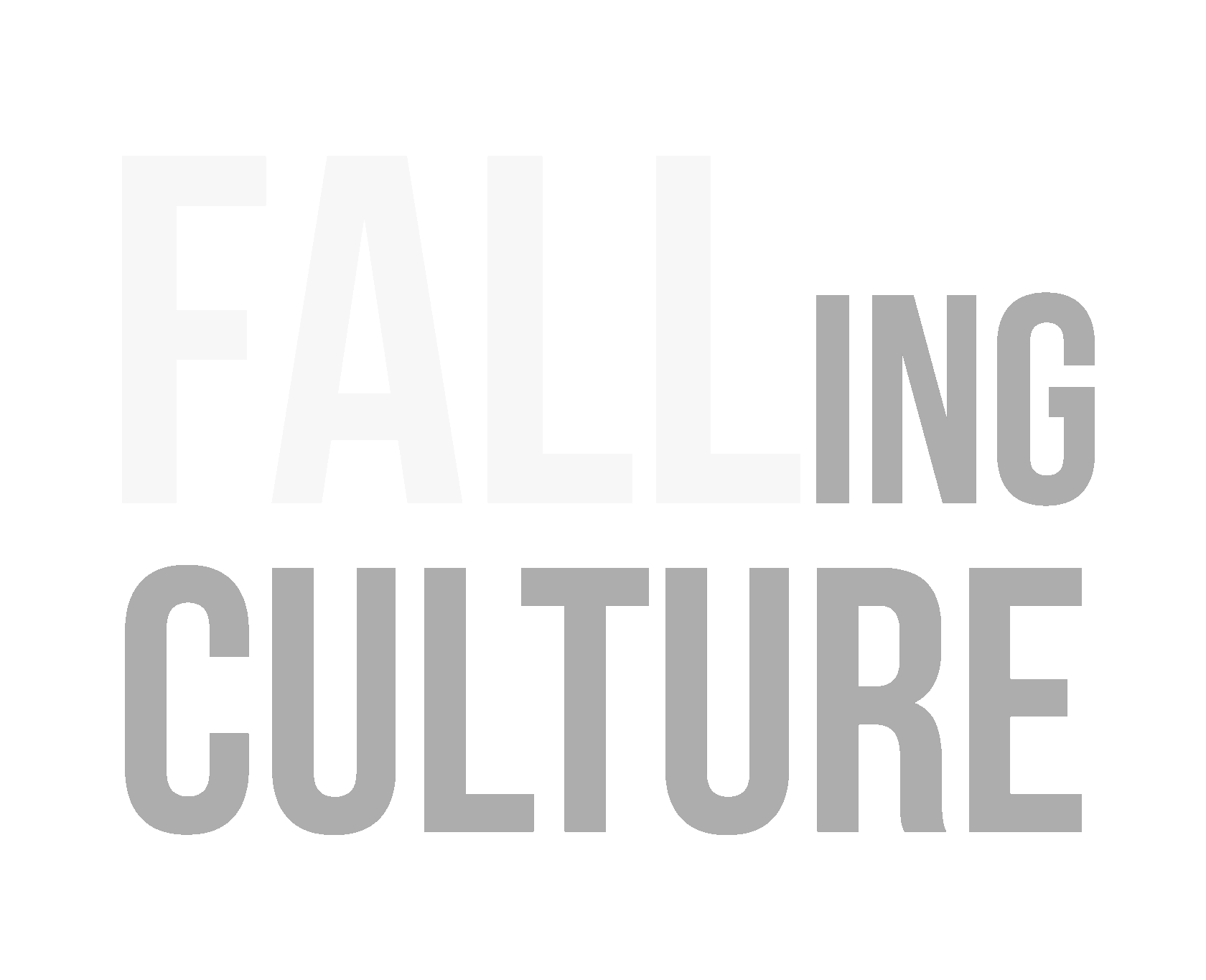